We enjoy enhancing our water play tubs with new provocations. When ice was added to one of the tubs it was evident to see high levels of engagement and interest. Paint pallets and Powder paints were added to the provision for children to explore.

As the ice began to melt the children became obsessed with trying to remove the water from the tubs so that the ice would “last”. They used the tools they had; ladles, pipettes, spoons, cups, jugs, spatulas and syringes to remove and transfer the water into other containers.

This opened up a whole new level of communication as the children used their problem-solving skills collaboratively.’ 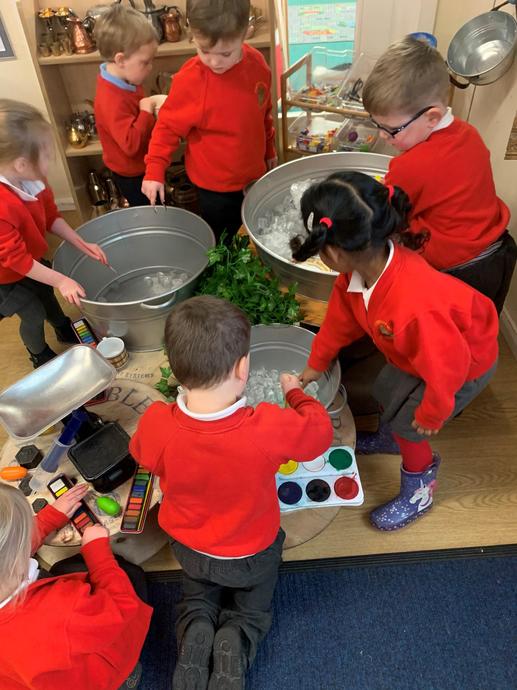 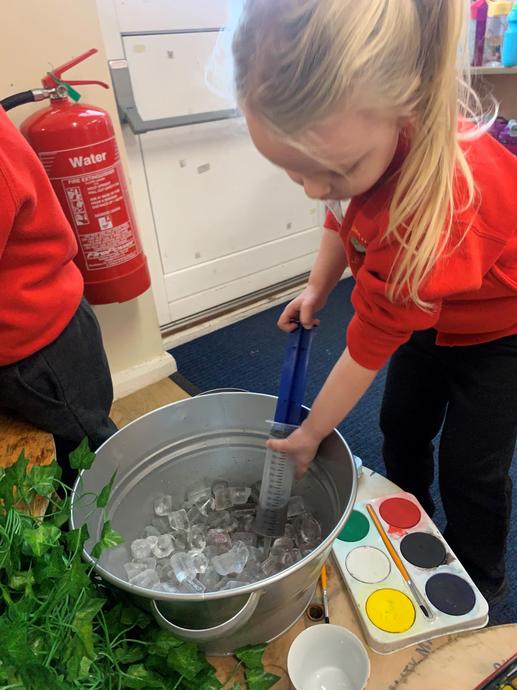